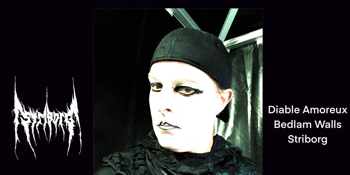 Striborg originally began as a one-man black metal band in the 90s, then evolved into a DSBM band during the turn of the millennium.
In 2017 an epiphany caused the project to drop the metal entirely in favour for a more personal musical approach... blackwave. A combination of mostly darkwave music infused with the vocal style and atmosphere of black metal.